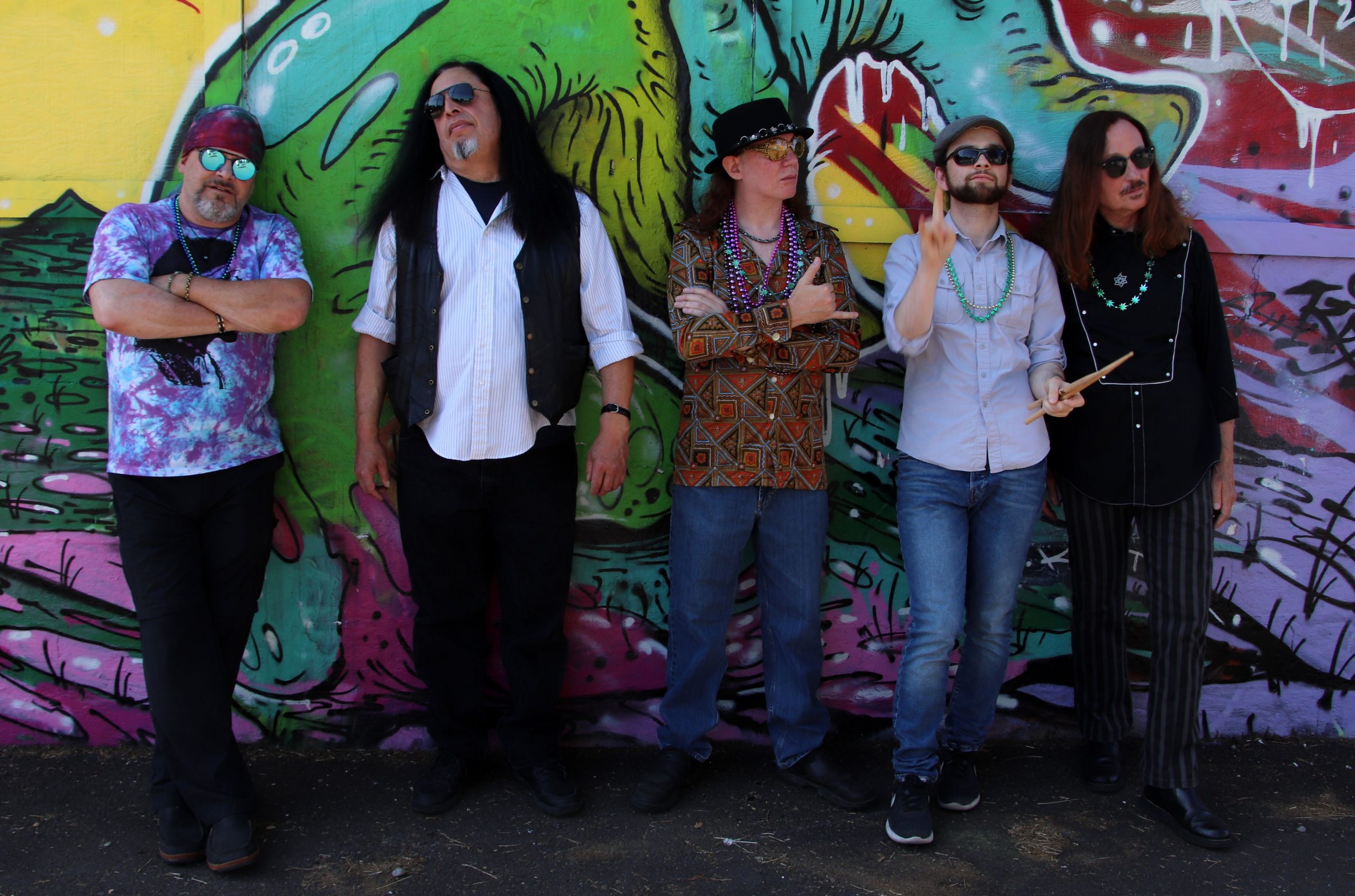 Rock ‘n Rewind is a dynamic classic rock band that consists of players with a passion for rock ‘n roll, who love to have fun and engage their audiences.

Band founder, George Nash Khier, has been performing since the ’70s. He plays keyboards, rhythm guitar and harmonica, and provides back-up and lead vocals. Among other projects, he was a member of The Falling Spikes during the late ’80s, followed by The London Flush (Yardbirds tribute band). George is a Eugene legend, known and loved by many in the community.

Alex Huber is a professional drummer, saxophonist, singer and technical writer. He’s studied drumming for 18 years with many renowned drummers, including Michael Shrieve, Kenny Reed and Bibbs Goff. Alex has appeared on three albums and one short film. He currently performs with a variety of blues, rock and jazz groups, most recently with the Barb Dzuro Trio, the Magic Wanders, and Rock ‘n Rewind.

Bass Guitarist and vocalist Marcus Mueller is a studio musician and performing artist. He was a member of multiple bands for years in and around his home town of San Francisco, California before moving to Eugene Oregon, where he now makes his home. Marcus has jammed with numerous notable artists, including Gregg Allman and Huey Lewis.

Jeff Volk is a self-made singer and percussionist, a newbie to the industry who satisfies his number one bucket list every time he performs live. He has a powerful and engaging stage presence,with a raw and penetrating voice. And, he loves puppies!